Since its establishment in 1978, Addison Ross has steadily expanded and now is widely acknowledged as one of the world’s leading designers and manufacturers of photograph frames. Addison Ross product designs can be found in numerous countries across the globe. From the UK to Australia including the USA, Russia, Germany, Holland, France, Italy, Gibraltar, Japan, Singapore and Hong Kong.

Give yourself more time

“No longer do we need to phone head office, clients have been truly impressed with the order acknowledgement emails with product images. No longer do they go back to their hotel when buying at trade shows trying to remember what they ordered. Agents no longer phone head office to check stock levels, ask when new shipments are due in, or to request copy sales orders.“

“As you can see their wholesale orders are now easily managed with SalesPresenter.“ 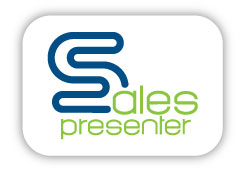 “We were encouraged in choosing Sales presenter by the strong recommendations by other users. Your back-office support and effort has been very reassuring during implementation. However, what truly stands out is the benefits we have noticed since we went live two weeks ago.

Typically, orders are 25% larger, in one instance 500% larger, this is because of the speed we can now take orders utilising the miniature barcode reader.”